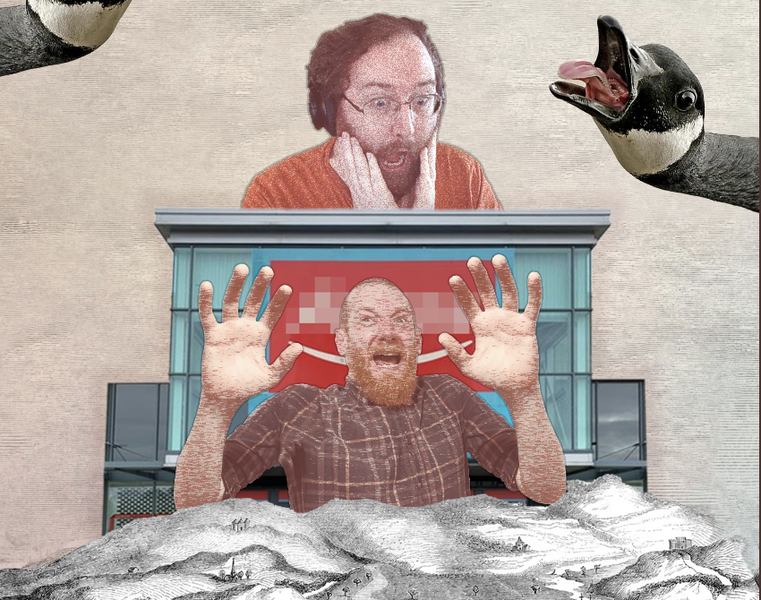 Join Sean Morley and Jack Lewis Evans (knockabout radicals, gangly darlings of the northwave comedy scene and haggard princes of the Mandatory Redistribution Party Podcast) as they ask: can a comedy show be collective action?

"A hilarious rallying cry for the many that feel left behind by capitalism and neoliberalism, Mando Party is hilarious, subversive and enlightening in equal measures." - Manchester Wire

Sean Morley is a benevolent angel from the cultish depths from the fringes of weird comedy. Co-Host of Mandatory Redistribution Party, creator of The Glang Show, post-pandemic livestreamer and polite loyal friend.

Jack Lewis Evans is an alternative comic known as much for his unpredictable improvisational style as his radical politics. Alongside Mandatory Redistribution Podcast, Jack co-created Manchester's monthly comedy chat show extravaganza The Jain Edwards Show. Jack’s last stand up show Work was about precisely that: its history, its present and a future without it. Alongside comedy work, Jack teaches History and was an NEU rep since 2018.