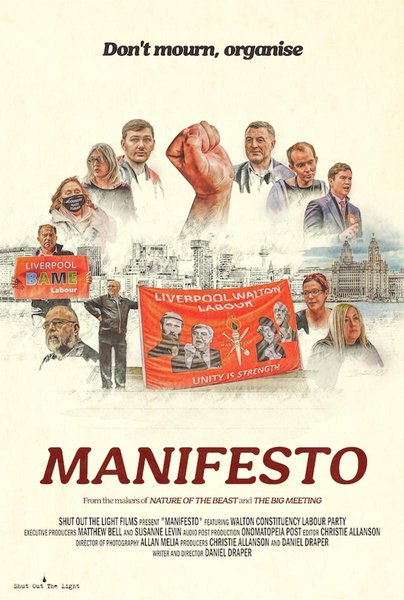 Filmed over three-years, Manifesto charts the work of a host of Labour Party members in the lead-up to the 2019 General Election, covering a period of tumultuous political strife in which the spotlight was turned on Brexit, funding for the NHS, and the fight for workers’ rights.

Manifesto rounds off the ‘Hope Trilogy’ by Shut Out The Light; a series of films chronicling the aspects of the labour movement between 2015 and 2019, and exploring attempts to champion the work of working-class communities, as well as granting them a vital voice in both politics and on film.

Shut Out The Light Films is an independent film and distribution company, founded in Liverpool in 2014 by Christie Allanson and Daniel Draper.