Four days of diverse and inspirational programming in Liverpool.
Buy tickets
Programme
Society in Revolt: What we can learn from the Anti-Austerity Movement
Casa Bar
27.09.2022
1PM – 2:30PM 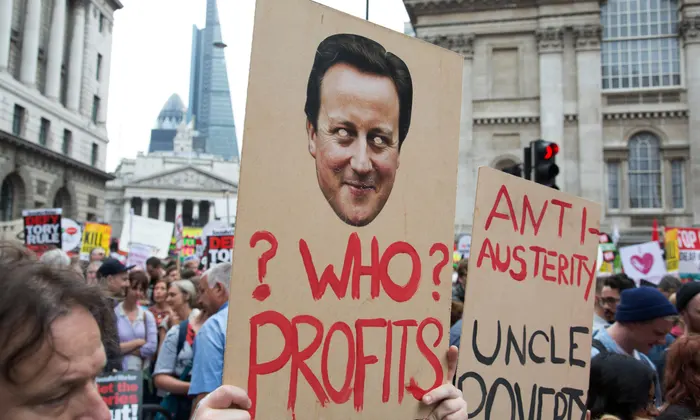 The Cost of Living Crisis will dominate the 2020s in the same way that austerity dominated the 2010s. The anti-austerity movement was one of the greatest social movements in British history: in 2011 alone, millions of workers went on strike repeatedly; there was a continuing student and youth revolt; half a million marched in London; there was widespread rioting; Occupy happened; and hundreds of community anti-cuts campaigns formed. Ultimately however, it failed to achieve its aims.

If a mass movement is going to succeed and do better around the Cost of Living, it will need to learn those lessons. This session will explore the history of the anti-austerity movement, discuss the similarities and differences with today, and talk about the lessons of that moment.

Michael Chessum was a prominent activist in the 2010 student movement and the wider anti-austerity movement. He went on to sit on Momentum's first steering committee following the election of Jeremy Corbyn. His first book - 'This is Only the Beginning: the making of a new left, from anti-austerity to the fall of Corbyn' - will be published on October 6th by Bloombsury

John McDonnell is the MP for Hayes and Harlington, and former Shadow Chancellor.