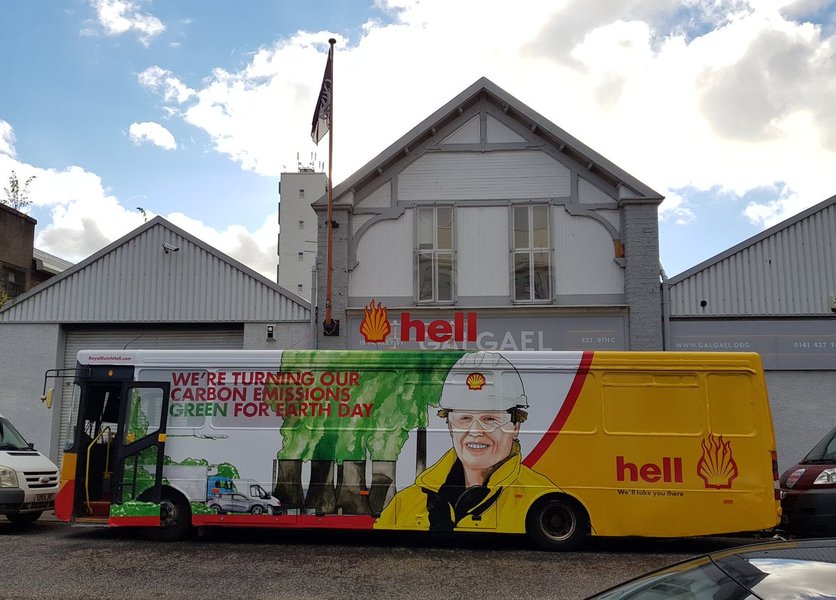 The Hell Bus, a pre-apocalyptic marketing suite about oil company greenwashing will be parked outside the Black-E for the duration of TWT. Inside the bus is an exhibition filled with dioramas and interactive installations satirising the absurd spectacle of oil and gas corporations attempts to convince the public that they're going to help save the world from oil and gas corporations.

Darren Cullen, the artist behind the bus, is a satirical artist originally from Leeds and based in South London where he runs the Museum of Neoliberalism (originally commissioned for TWT 2019). Cullen is best known for his Mini Daily Mail, Action Man: Battlefield Casualties toys, and Pocket Money Loans payday loanshop for kids which featured at Banksy's Dismaland.