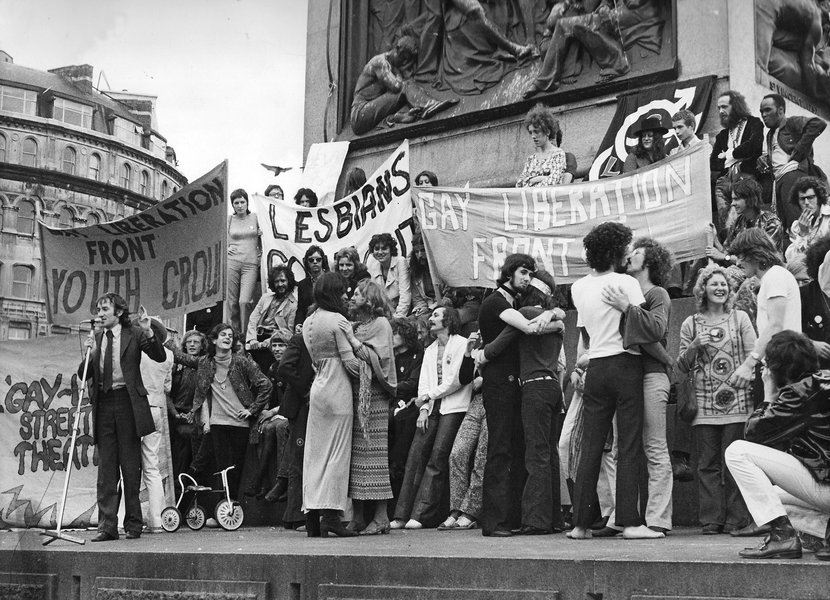 Fifty years since the first official London Pride, Pride parades across the country are routinely dominated by big corporations and sometimes sponsored by arms manufacturers. Often ticketed and frequently inaccessible, they are characterised by pride flags being flown by members of the armed forces, and are organised in dialogue with the police. Simultaneously, hate crimes against LGBTQ+ people have skyrocketed and transphobia runs riot in the press and in government, spilling over into generalised queerphobia in wider society. Long after the militancy of the gay liberation movements, the repealling of Section 28 and the legalisation of gay marriage in Britain, it’s time to ask: what happened to gay liberation?

Paul McGowan is a photojournalist, human rights campaigner, the national chairperson of LGBT+ Socialists, a co-founder of Reclaim Pride Liverpool, and a co-chairperson of the United We Stand - Solidarity Network working to build collective solidarity between and uniting liberation movements, workers struggles etc.

Siobhán McGuirk is a lecturer at Goldsmiths, University of London specialising in gender, sexuality and migration. She is an editor of Red Pepper magazine and of Asylum for Sale: Profit & Protest in the Migration Industry (PM Press, 2020)

Leyla Reynolds is a queer trade unionist, artist and curator working in London, as well as a founding member of gal-dem magazine where she was Art Director until April 2019. She has worked as a producer and across left spaces for almost ten years (including at TWT). She now works for a union alongside exhibition curation, art commissions and live events with a social justice offering.