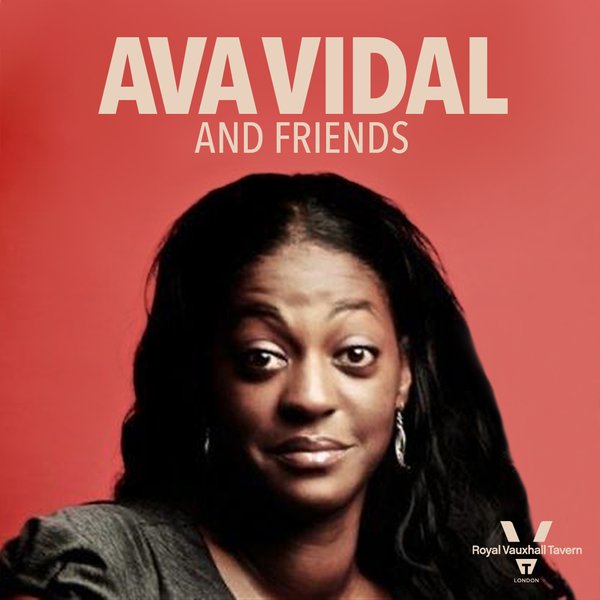 Ava Vidal, comedian, broadcaster and the sharpest social commentator on Twitter is bringing the sell out London show to TWT. The live chat show is always incredibly entertaining as Ava and guests discuss a huge range of subjects covering politics, social issues and personal stories, and never misses a laugh. Vidal has a track record of bringing together guests from wildly different worlds with hilarious consequences - keep an eye out here for special guest announcements.

A regular on the comedy circuit in the UK from The Comedy Sore to The Stand as well as international shows in India and Dubai, Ava Vidal has had four shows at Edinburgh, numerous appearances on TV in comedy and politics shows, and a host of articles for The Independent on Sunday, The Mail on Sunday and The New Statesman. After a stint with the BBC Talent Urban Sketch Team in 2002, Ava began her stand-up career in 2003, becoming a finalist in the BBC New Comedy Awards and the Hackney Empire new act competition.

Shortlisted for the 2021 BBC New Comedy Awards, Lady Bushra is the brainchild of British Asian comedian Amir, originally form Bradford, West Yorkshire. The character of Lady Bushra is that of a Bradford bad girl who turned out to be a breakout sensation during lockdown and is known for her viral digital content and one liners. This clever mix of South Asian sensibilities blended with British humour has made Lady Bushra an instant hit, allowing Amir to take his act all over the UK as well as internationally.

Ian Hodson is the National President of The Bakers, Food and Allied Workers Union (BFAWU)