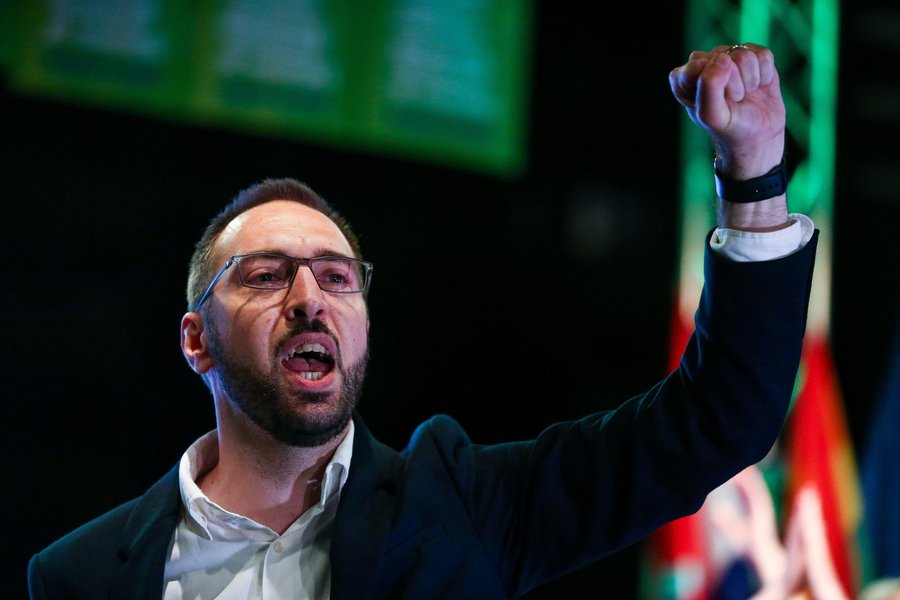 From the Slovenian left party joining a coalition government in 2022 to a left green coalition platform taking over Zagreb city council, and from the founding of Albania’s first trade unions to new ecological social movements being set up in Serbia- the Balkan left is on the rise. Come to this session to learn about the history of Yugoslavia, how its fall affected the left in these countries and what they have done to rebuild it since. This is a unique opportunity to hear from leading activists and politicians from the region.

Slovenian politician and activist who has been the leader of the socialist The Left party since June 2017. Mesec was elected to the Slovenian National Assembly for the first time at the 2014 parliamentary election, and reelected at the 2018 parliamentary election. The Left Party is now in Coalition Government following the 2022 election. Mesec was appointed Deputy Prime Minister and Minister for Labor, Family, Social Affairs and Equal Opportunities in the government. He also was the coordinator of the Council of the Initiative for Democratic Socialism, Labour-Punk University, and its successor, the Institute for Labour Studies.

Bora is active in organizing workers in garment industry, in call centers, miners and students in public universities. She also coordinated the electoral campaign of a miner running as an independent MP in Albania.

Member of the City Assembly Zagreb. Her focus is on social policy and labour rights in the care sector.