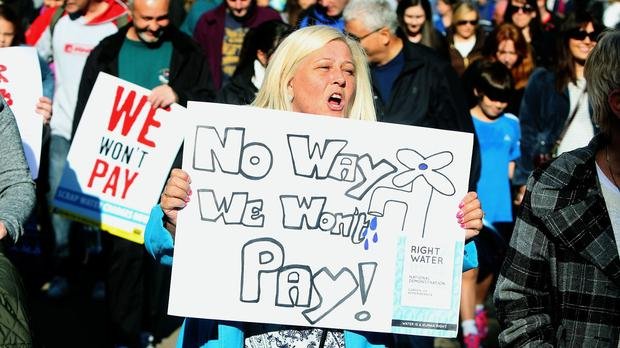 The Right2Water campaign was a successful protest movement campaigning against the government's introduction of water charges and water privatisation in Ireland. Between 2014 – 2015 it saw mass protests- the biggest since the foundation of the state- with community defence groups arising across the country and a successful coalition of trade unions and political parties being formed.

In this session co-founder of the campaign, Dave Gibney will explain the lessons learnt from building this coalition. How were they able to keep the momentum going? And what can we learn from this campaign to fight the cost of living crisis today?

Dave is co-founder or the Right2Water Campaign, Ireland.

Stiofán is a trade union activist, teacher and Gaeilgeoir with a background in the peace process, conflict intervention and political education.